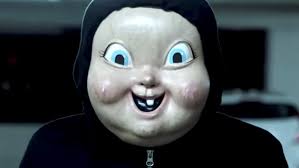 A macabre title for a blog post, I’ll admit – but, don’t worry, it’s a happy story.

It also kind of reinforces the point I’ll make here – you may have had a lot of preconceptions of this from the title, but it’s different from what you think…

In my last post I spoke about how disappointment can strike at any time. Such as walking through London only to find a massive statue of Jeff Goldblum isn’t there…

… but here I’m talking about the other kind of surprise. The good one.

So let me set the scene. It’s a Tuesday night. It’s too hot to sleep. I’m alone in my room with the sounds of London drifting through the cracked window. A candle flickers atop of a cabinet in the corner and I’m scrolling through Now TV to find something to watch.

Does anyone else find that, while these streaming services give us a plethora of choices, they also make us incredibly indecisive?

At least back in the day when TV schedules reigned supreme it took away hours of fruitless flicking and soulless scrolling.

I narrowed my choices down to some of the shorter films and found one that ran for an hour and a half. The title was ‘Happy Death Day’ – which, in my humble opinion, is a terrible title.

I was about to flick past it when something about the synopsis caught my eye. Apparently it was like Groundhog Dog meets Friday the 13th.

Now, Groundhog Day is a great movie… but I’m no slasher film fan. Yet still, against my better judgement I gave it a go.

The opening titles rolled and… within seconds I was hooked!

Against all the odds it was good. and deserves its 7/10 rating on IMDB.

(Look out for a great lead performance by Jessica Rothe, who you may recognise from La La Land)

Everything about it made me want to skip it, but curiosity got the better of me and I’m glad it did. That age old saying ‘you can’t judge a book by its cover’ held true.

Although, I do think they need to reconsider that title – I recommended it to a friend and when I mentioned the title his first comment was; ‘sounds grim’.

How would I market it?

It takes away the stigma we have around slasher films, yet also hints that viewers will be in for some killer scenes.

On Saturday I was a disappointed man.

Usually, when I’m disappointed on a Saturday, it’s due to Arsenal losing. But, as the Premier League hasn’t kicked off yet, this Saturday was different.

I’d gotten up early with a mission in mind. It involved a trek across the fair city of London, so once showered and dressed, I slipped on my comfiest shoes.

My apartment is a forty minute (relaxed) walk away from Tower Bridge, and it was the other side of the bridge where my adventures would take me.

So off I set. The sun was shining, the street markets were buzzing and the hipsters were relaxing outside with deconstructed coffees and digital cigarettes.

(As a side note I also ran into the barber from my last blog post – he was standing outside his establishment trying to solicit some passing custom. He recognised me. Asked if I needed a haircut. I declined. It would have to be a very snowy day in hell for me to reconsider.)

You can tell you’re getting near the bridge when the tourists start to appear in hordes rather than occasional swarms. Polaroids flashed and people posed while a determined looking man conspired to sell them caramelised peanuts throughout.

I crossed the bridge. Reached my destination and disaster struck.

Did you read about the huge statue of Jeff Goldblum that had been installed in London?

It was that I’d come to see and it had gone. Far too soon. I even did what any (near) millennial would do and checked Twitter to see if anyone was talking about it. Twitter sadly confirmed my suspicions.

It’s terrible, isn’t it? That feeling of disappointment when things don’t go as you expect them to.

We can all relate.

But, do we play upon our own experiences, to summon up empathy when someone else is disappointed? Whether they be a client, customer or friend.

If not, maybe we should.

I want to start off by saying I’m not normally a cheat.

Sure, when I was a teenager, I used the cheat to get all the weapons on Grand Theft Auto: Vice City – but most people in my age group have done that, right?

Other than that I’ve always stayed (relatively) honest. Whether it be tax returns, girlfriends or telling a friend how much they owe me for the night before’s drunken cab ride.

But, today I cheated and I paid the price.

Like many men and women I have a preferred barber. In fact I have two. One in London and one back in my home town. Two chaps who I trust with my barnet and face fuzz.

As I walked back from work this evening I mused over the fact I soon needed a trim, and began to wonder when I’d have time to go – should I make the trip on the weekend or on a week night?

As I thought about it more I began to play with my beard – which is something most bearded guys do when they’re being reflective, and as I did I realised just how tufty and itchy my beard was getting.

I then passed a barbershop. One that I’d walked past many a time but never been inside. I made the fatal error of stopping to look at the price list outside – and, before I knew it, one of the barbers came flying out of the door.

“Sir! Step this way! Step inside, right this way…”

And I did. I fell hopelessly for this Siren’s trap. As soon as I crossed the threshold I realised I was in the wrong place – to say it was dingy inside would be like saying the Las Vegas strip was slightly illuminated. An understatement of titanic proportions.

I looked to the exit. But already I was flocked either side by razor-wielding barbers, jaws slathering like zombies for flesh.

Before I knew it I was tossed into a chair and a towel was wrapped round my shoulders. And there I sat, as helpless as one of Sweeney Todd’s victims, awaiting my inevitable fate.

After some arguing over whose turn it was, the biggest of the barbers lurched forwards – razor in hand.

“WHAT DO YOU WANT DONE?” he roared in a baritone that would rival all of Satan’s evil.

I managed to say that all I wanted was a beard trim (no way was I trusting these guys with my locks!).

And, thus, I got the worst beard trim of my life.

I emerged battered, bruised and clumpy-bearded within 10 mins. £5 lighter (they’d tried to charge £10 but I was less than willing to comply).

So, I’ve spent the last half an hour tidying up my beard.

My lesson in life? Don’t cheat.

We walk past a lot of barbers and hairdressers in our lifetimes, but if we’ve got something good – perhaps we should really think about whether we need to stray or not?

P.s. it’s national emoji day today… how does that make you feel? 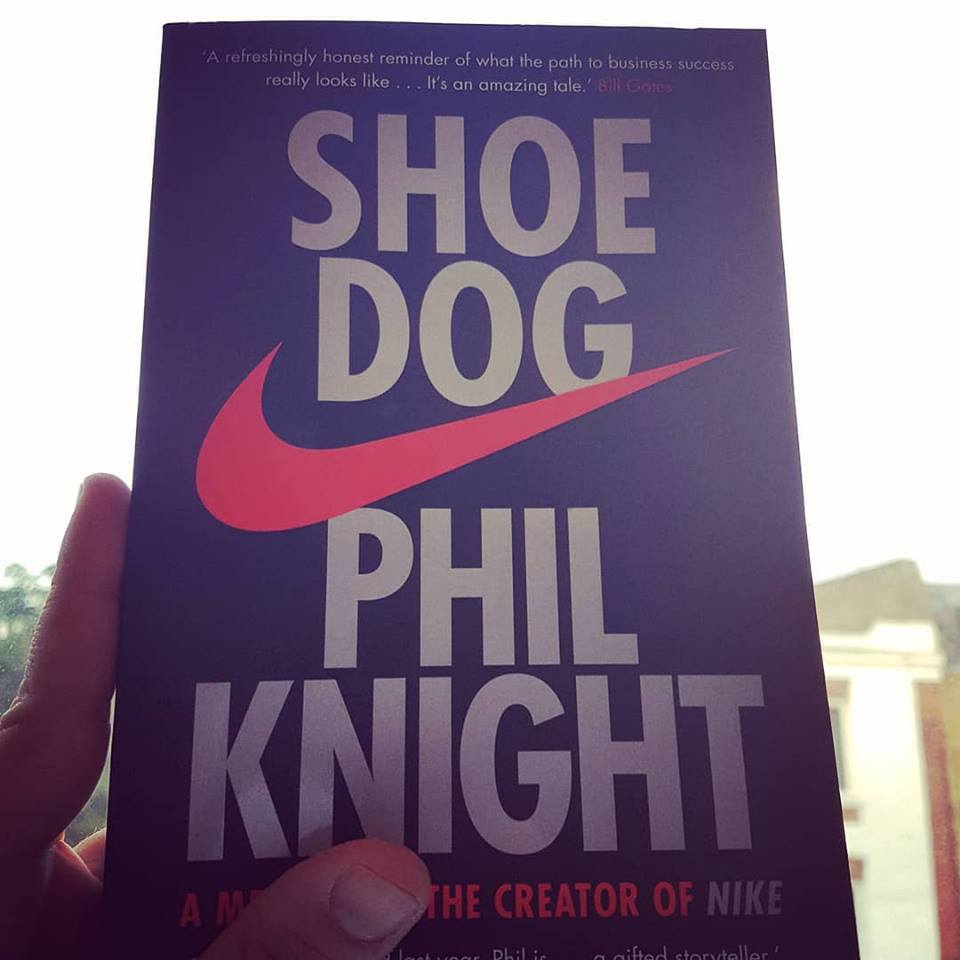 WARNING: Don’t read this book unless you want to feel inspired.

At the heart of it, it’s about someone who had a crazy idea and, after a few risks, made it work.

But, in a wider context, I think this is a reminder to all of us that we’re all under the same sky as one another, as well as the people we admire.

Can you remember the last time you heard or read a really good quote?

One that left you thinking about it for hours, or even days afterwards?

For me that happened on Friday, and it was from a family friend:

I’m convinced of it.”

It was context as to just how quickly time it seemed that time had passed.

And for some reason it just really hit me.

It still does now.

That’s it. To add anymore would detract from its impact.