“I go wherever my creativity takes me”

If you’ve ever spent more than a week in the UK, you’ll likely know what Wetherspoons is.

It’s a large chain of pubs spread out through the country. In a nutshell they open early, close late and serve cheap ‘n’ cheerful drinks throughout the day.

Legend has it that the chairman\founder, Tim Martin, named it after a teacher of his called Mr. Wetherspoon.

Apparently Wetherspoon had often doubted Tim Martin’s academic brilliance and so he decided to take revenge and prove a point by naming his super successful chain after him.

How’s that for triumphing over adversity?

P.S I’m also aware that Tim Martin has since come out and said: “”I decided to call it Wetherspoon’s after a former teacher – not because the teacher in question at my primary school in New Zealand had said I would never make it, as some people think, but because he was too nice a fellow to be running our particular class and he couldn’t control it. So I thought: I can’t control the pub, he couldn’t control the class, so I’ll name it after him.”

…but I prefer the version of the story that I posted…how’s that for fake news and alternative facts!?

How’s that for inspiration at a young age?

“When somebody who makes movies for a living – either as an actor, writer, producer or director – lives to be a certain age, you have to admire them. It is an act of courage to make a film – a courage for which you are not prepared in the rest of life. It is very hard and very destructive. But we do it because we love it.”

When I was a kid I was an enthusiastic actor. Nativity plays, Christmas specials, summer shows – I always tried to steal the show, and usually succeeded.

I wish I’d have pursued it more back then but, alas, it wasn’t to be.

I became an awkward teenager and an ensuing lack of confidence robbed me of my drama skills. I did end up auditioning for a play at school when I was about fourteen and succeeded in landing the role of  ‘Bush #2’.

I never knew that there were talking bushes in ‘Romeo & Juliet’ – but I landed the role and got to deliver one whole line of dialogue.

My acting career did have a revival in my early twenties, however. I won a role in several short films and even got a small part in a feature length production – ticking off a life goal in the process.

(There I am, making my feature length debut as a cocky drug dealer)

Whenever I spoke about acting I was always asked who my inspiration was.

People always laughed at my initial reply…and then waited for the ‘real answer’.

But it was no joke – the man who got me interested in acting was Hugh Grant.

Sure, he plays the same character in (nearly) every film, and his career peaked in the 1990s.

But…he has an estimated net worth of £60 million.

Pretty good for a one trick pony, isn’t it?

Now, while it’s good to experiment…it’s also good to have a winning formula and stick to it.

As a creative you should feel free to broaden your horizons when the chance arises but remember what you’re best at.

Which is why I spend my spare time writing and not acting.

It’s worth remembering that art, like many things in life, can be very subjective.

In fact sometimes the setting can make art seem more like…well…art…than the actual piece itself.

It was May 2016 and the San Francisco Museum of Modern Art was awash with visitors, as it usually is.

One particular corner of the museum was considerably busier than the others. The staff thought was weird as there was nothing extra special there.

When they went to investigate further, they found this unusual display… 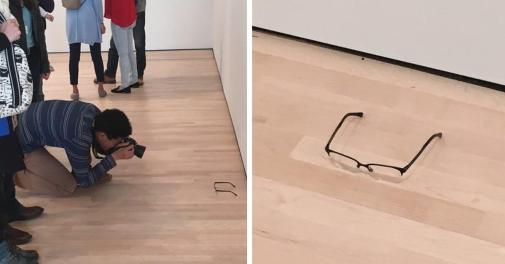 Modern art, right? A pair of glasses at an unusual angle – simple and understated, yet still keeping an eye on the world around them.

It was a prank by a local teenager.

But, for several hours it had blended in with everything else around the gallery. To the point where people were taking photos and marvelling at it – it even survived being shattered by clumsy feet!

So there we go, with the right border around it (e.g. a gallery) even the most mundane thing can look like art.

You don’t have to reinvent the wheel, but you can always take the wheel and put it somewhere else to see how it looks.

In a world where nearly everything is done, it’s about finding originality in life’s endless déjà vu while changing the border around it to present it to your audience. 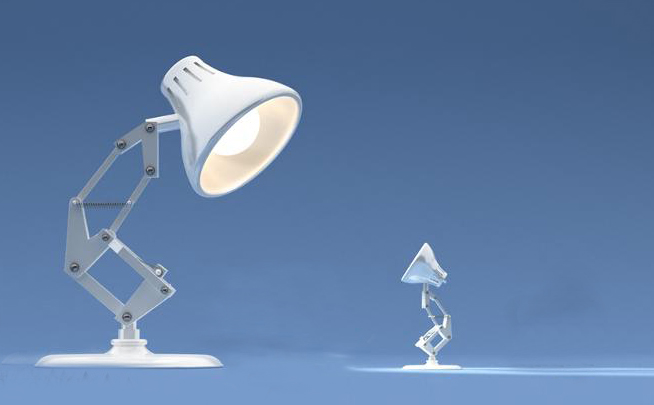 “When it comes to creative inspiration, job titles and hierarchy are meaningless.”

If you’re into creative leadership (or the process in general) I really recommend you give Ed’s book ‘Creativity, Inc.’ a read.

It was one of those kinda sunny, but also kinda windy days – the sort you get as summer slowly turns into autumn.

Just before the leaves commence their big fall from the sky to the ground.

I was about seven years old and I was in one of those nature parks that you go to at that age – along with my family and my best friend’s family.

Back in those days I was the kinda kid who loved to bomb his way through the park – following the trail, hoping that there’ll be some kind of pot of gold at the end of it.

I was somewhat annoyed when everyone else stopped halfway through.

I turned round to see why, and saw that everyone had congregated around a huge mushroom.

It was one of those mega colourful, grand looking ones – the type that looks as if it might be a palace for bugs and other assorted wildlife.

Everyone was cooing and wowing over it.
I wasn’t interested in it.
It was holding me up.

So, in one sweeping self-centred motion, the sole of my Wellington boot came crashing down on it. It fell in on itself and flitted out of existence with a resounding puff.

To put it mildly, everyone was pissed.

I was the villain of the hour.

Everyone else had loved the look of it, they were intrigued…and, back in those days, it took much longer to take a photo as digital cameras weren’t really around – meaning no one had had time to take a photo.

Do you know what I learnt that day?

What appeals to others, doesn’t always appeal to you and vice versa.

Respect what others enjoy.

And, when it comes to marketing something, remember that – just because it isn’t your cup of tea – doesn’t mean that it won’t metaphorically quench the rest of the world’s metaphorical thirst. 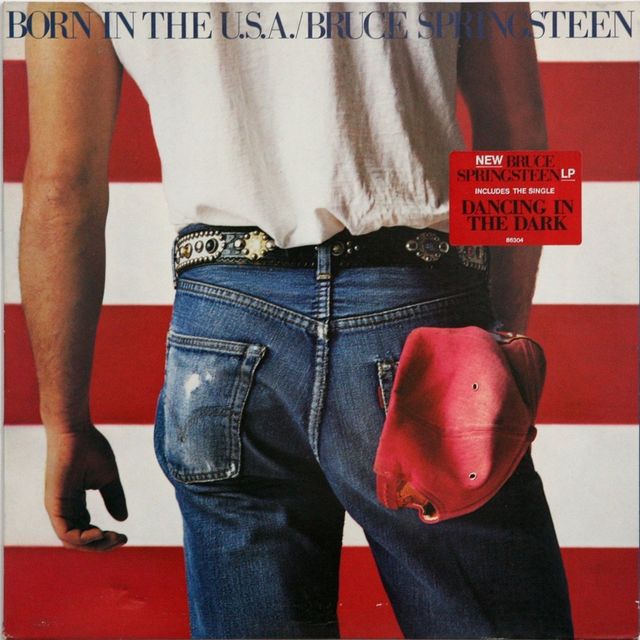 “I think that is what film and art and music do; they can work as a map of sorts for your feelings.”

Apologies for the lack of a post yesterday – life, as it does, got in the way.

P.S. The album photo I included was one of my favourite ever albums as a kid. When I first got a CD walkman I fished it out of my dad’s CD collection and almost played it to death! 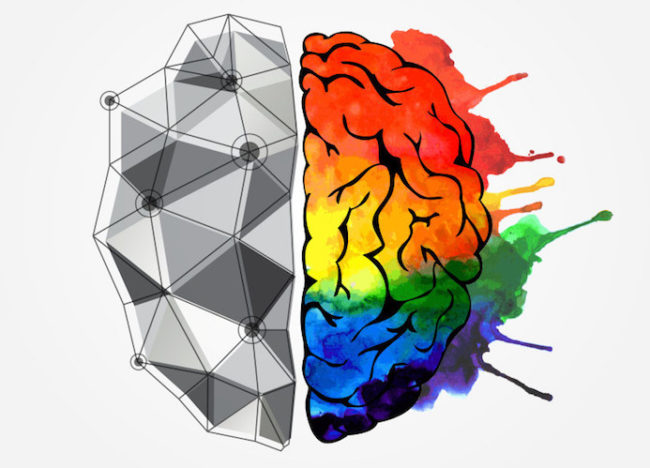 “ Creativity is the art of concealing your sources” – C.E.M Joad