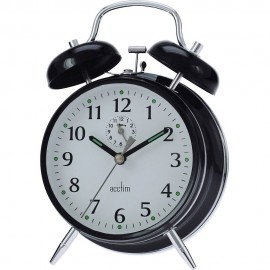 Have you ever had so many things to do on your day off that you just didn’t know where to start?

…and, how often have you not got as much done as you’d like?

Can you relate to this quick clip from Channel 4’s ‘Peep Show’?

I know I do – particularly when it comes to writing. For those of us who aren’t yet making it as full-time writers we need to snatch time whenever we can to pursue it.

It’s also the same if you’re trying to become a sportsperson, a designer, a singer…etc.

But, when little problems and constant life admin get in the way, it’s hard isn’t it?

I guess that’s one of the reasons why ‘time management’ is such a buzzword, and has been for a long time now.

But…let me blow your illusion of time management out of the window by delivering the following news:

There’s no such thing as time management.

It’s all about how you manage yourself around time.

Because, let’s face it, there are no plans to extend the day any time soon so the playing field is going to stay the same.

You can use this to your advantage. After all, when you know what’s going to happen it’s easier to plan around it or for it.

Here are a few things that will help you maximise your creative potential:

GAIN AN EXTRA HOUR IN YOUR DAY

When I first started full-time work I worked out the exact time that it took me to wake-up, shower, dry-off, get dressed, eat breakfast and start my morning commute.

On the off-chance that you care, all of the above took me thirty-five minutes.

It worked well, but the slightest complication could slow me down.

It also meant that I had no time in the morning to do anything apart from get ready.

So…I set my alarm for 6.00. And kept doing it. After the initial ‘gah, this is early’ it soon became a habit. I found that I was less rushed in the mornings, got into work feeling more awake…and, most importantly, I found I had an extra 40 minutes to write.

There’s this great book you should read. It’s by a successful guy called Greg McKeown and it’s called ‘Essentialism: The Discipline of Less‘.

Like Mark, the character in the Peepshow video at the start of this article, when we do have spare time it can almost be over-whelming as we have so many things we want to do. And, let’s face it, the more things you spread yourself over the less of an impact you tend to have.

So, take a look at what’s truly essential to your day. If you’ve got a day off, would you rather look back at something you’ve created or would you rather reflect on the endless games of FIFA you played?

Here’s a cool technique you can use to maximise your creativity in a short amount of time.

So, once I got up and got sorted I thought I’d invest an hour into the game. An hour became another hour, which became half the day. By the time I’d stopped it was mid-afternoon and nearly all that writing time had slipped away. I was annoyed at myself.

So, here’s what I do now. I still do things such as watch shows and play games to unwind or procrastinate, but I set myself a limit. After half an hour of procrastinating, my alarm goes off and I move onto the next thing.

It’s so simple I know, but it works. You just need to remember that the alarm is sacred, and that the ‘just one more…’ mental argument needs to be overridden.

There’s plenty of reading available on time management – so it’s worth a Google. Plus, the Essentialism book is a must-read.

A year or so ago I did a Dale Carnegie course on ‘Time Management’ – if you have the resources I recommend checking their courses out.

I do realise that my advice is all really obvious and there’s no amazing, super life-changing fix. But, as I always say, sometimes someone needs to point out the obvious as it can often be ignored for being too obvious.

It’s the same with weight loss really, for example – making small life changes will lead to success in the long-term.