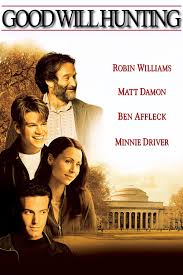 Today we draw some inspiration from Matt Damon.

Perhaps you might think that he’s an unusual choice – I get that.

I mean the impression of him in ‘Team America’ doesn’t exactly paint him in the best light.

But, regardless, Matt Damon’s a bright guy and he pulled one real slick move that we could all learn something from.

As you’ll likely know, the film that launched Matt Damon’s (and Ben Affleck’s) career was ‘Good Will Hunting’. They started writing it when Damon was 22 and Affleck was 20 – by the time they sold it they were 27 and 25 respectively.

If you haven’t seen it, you really should. “Good Will Hunting” made $200 million worldwide. Affleck and Damon picked up the Academy Award for Best Original Screenplay, and Robin Williams got the Best Supporting Actor gong. All in all, a rip-roaring success. 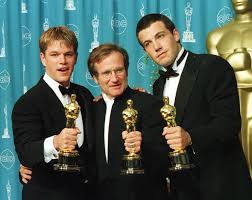 Miramax Films produced the film. It’s one of the best movies they’ve ever made.

But, they weren’t always Affleck and Damon’s first choice producers. In fact, there were loads of film companies who were courting the script.

Why did Miramax close the deal?

Because they took the time to actually read the whole script.

Seems obvious, doesn’t it? But the initial company they were working with, Castle Rock, didn’t quite play to that rule book. They were asking for re-write after re-write, and while Damon & Affleck were happy to oblige…it got a bit tiresome after a while.

And they started to wonder whether anyone was actually reading it.

So, Damon decides to spice things up. He includes a random, gratuitous sex scene right in the middle of the film. It comes quite at random, and includes two characters who aren’t into each other in that way. Williams & Damon. It completely didn’t fit with the story at all.

They submitted this new draft and…

No a peep from Castle Rock.

So they decide to circulate their script around a few other companies. And eventually, Harvey Weinstein – one of the guys from Miramax – calls them.

He loves the film. Wants to make it. But, his only question is – what’s with that sudden sex scene, it doesn’t fit in with the film at all…?

What was the reply from the Damon/Affleck camp?

‘That’s the scene that we wrote to find out whether people in your job actually read the script, because every studio executive we went to … no one brought that scene up, or maybe people thought it was a mistake or maybe nobody read it themselves.’ They said, ‘You’re the only guy that brought it up. You get the movie.’

Who knew that actually paying attention and fully reading the things that creatives drop at your door could lead to a $200 million success?