I watched a film today called ‘The Box’.

It wasn’t a great movie, in fact it was probably below average – but it did make me think.

Basically, a financially troubled couple wake up one morning to find a mysterious box on their doorstep. Inside the box they find nothing but a button. A mysterious old man turns up and tells them that they have twenty-four hours to make a decision. 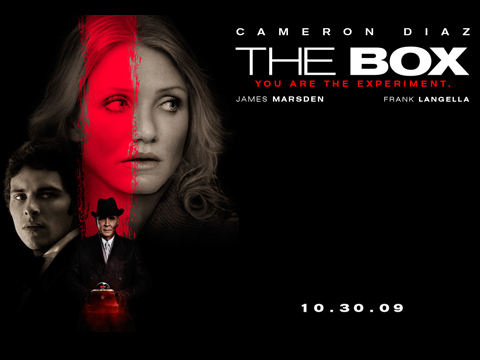 If they press the button before the twenty-four hours is up he’ll give them one million dollars (tax-free), but if they don’t press it they won’t get the money.

Who doesn’t want a million?

Of course, as with any too-good-to-be-true deal, there’s a catch. By pushing the button to receive the million dollars, one person somewhere in the world will die as a result.

So it’s a classic conundrum and a classic question. Do you do it? Do you press that button? And, if you do press it, could you live with the guilt? Whether it be your neighbour dying, or someone in a faraway city that you’ve never even heard of.

After I finished the film, I happened to look at my Instagram feed and I was instantly swept away in a stream of ‘motivational’ posts. Quotes, gym snaps, holiday photos and ‘tough day at the office’ pics.

Many of us are chasing success and we’ll go at great lengths to post about it on social media, but how many of us are actually doing everything that we can to guarantee that we get it?

Sure pressing a button and condemning someone to death is a pretty extreme way to get what you want, and thankfully it’s not what any of us need to do – but, in your own way, are you doing everything you can to get to where you want to be?