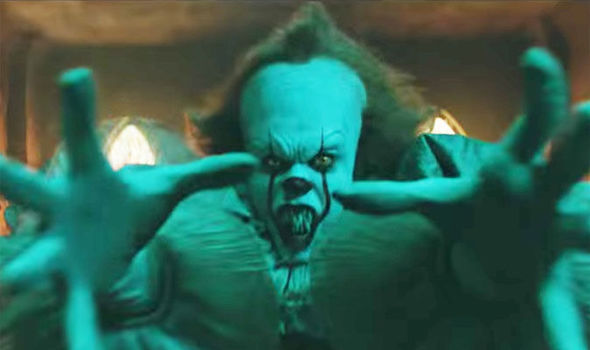 I think that life can be very hard for the horror genre. Especially when it comes to the general public. Whenever a horror film appears in the cinema the audience will instantly scrutinise it…is it scary? No…is it actually scary? Is it cheesy? Does it make sense?

What’s more, horror has a kind of a stigma attached to it. I mean, how many genuienly world class horror films are there out there? How many mainstream awards ceremonies would consider a horror film? And, how many big name actors would actually agree to star in one?

So, when I heard that Stephen King’s ‘IT’ was being given the big screen treatment I didn’t know what to expect. As you might recall from a blog a few months back I’d only just read the book and, on the whole, enjoyed it.

So anyway, when time allowed, I dragged my girlfriend to see it one Saturday night. The reviews I’d seen had been fairly positive – so my hopes were high.

In a day and age where we’re almost desensitised to things it’s hard to truly be scary, but at many points throughout, ‘IT’ manages to spook the viewer. Sure, as with most horror flicks, there were a few ‘jump scares’ but there was also an underlying sense of dread that threaded through most of the scenes and, even though I roughly knew what was happening, left me on edge.

In terms of true horror no punches are pulled. Right from the word go one of the local children is dispatched by the titular clown character and the pace doesn’t really slow down from there.

There are certainly a lot of differences from the book, but it’s the same story and I think the main child actors do a fantastic job of bringing their characters to life. The casting is nigh on perfect and the kids who play Richie and Eddie steal the show in many scenes.

While Tim Curry will always be famous for playing Pennywise the clown in the TV mini-series, Bill Skarsgård does a more than capable job here. I liked the fact that, rather than copy Curry’s fantastic display, he goes his own way and comes up with some very credible results.

There’s a scene right at the start where he goes from laughing to scowling within a matter of seconds and I felt goosebumps prickle all over me.

5/5 for me and a must-see for anyone who hasn’t already, whether you’re a Stephen King fan or not.

This film focuses solely on one half of the book, which depicts the main characters’ childhood struggles – there’s a sequel coming and it’ll tell the story of their adulthood.

I’m looking forward to it, and I’m also intrigued as to who will play them as adults. Here’s a speculative article I found which whets the whistle of anticipation: