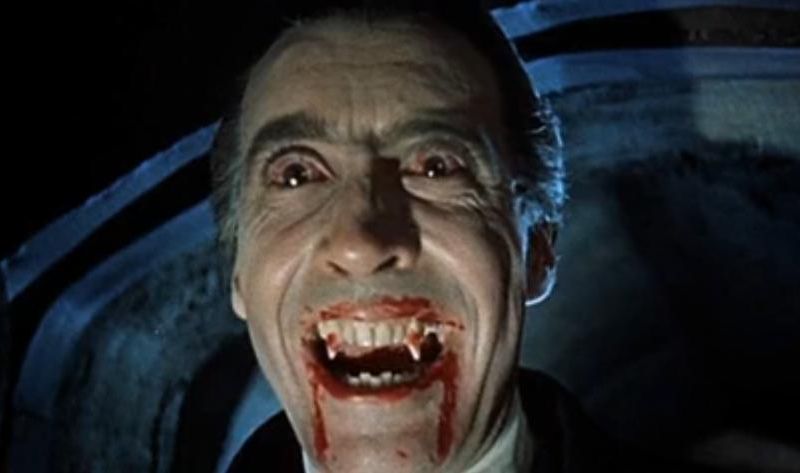 It all started with an early evening trip on the tube.

I was bleary-eyed from a long day and the overhead lights seemed a touch brighter than usual.

My temples were slowly starting to pulsate, hinting at the headache that was to come.

Suddenly my attention was snapped away from feeling sorry for myself…

… there was something of interest on the seat next to me.

And no, it wasn’t a copy of the Metro, City AM or the Evening Standard.

It was a battered, creased and yellowed copy of Bram Stoker’s Dracula.

After a quick check to see if it belonged to anyone I snapped it up and read the first page.

Fast forward a couple days and I’m three quarters of the way through.

Even though it was written many moons ago it still grabbed me and kept me up until the wee hours reading… as I’m sure it has done for many readers well before my time.

You could stop almost anyone in the street and ask them about Dracula. I bet they could roughly recite the plot.

But what they maybe couldn’t tell you is what actually happens, and how it unfolds.

That’s why it’s a classic.

And that’s also why, over 100 years later in a world of much shorter attention spans, it still holds up.

“He had discovered a great law of human action, without knowing it–namely, that in order to make a man or a boy covet a thing, it is only necessary to make the thing difficult to attain.”

“I let go. Lost in oblivion. Dark and silent and complete. I found freedom. Losing all hope was freedom.”

Perspective is the key to telling stories and understanding the best ways to communicate with people.

Fyodor Dostoyevsky is one of the most famous authors of all time. He grew up in Russia during the 1800s and his books – such as Crime & Punishment, The Idiot and Demons are still widely read today.

One of Dostoyevsky’s biggest skills in his writing, asides from his storytelling, was his ability to talk so deeply and truly when it came to mortality.

Mortality is, of course, one of most prevalent human issues and something that we all have in the corner of our minds. So, if an author can talk about this well, they’ll often get our attention right away.

Why was Dostoyevsky so talented when it came to talking about mortality?

Because he had a perspective very few of us will ever be around to share.

He knew what those last few seconds before death felt like.

In 1849 the ruler of Russia at the time, Nicolas I, had banned a lot of famous literature because he was worried that it might stir up revolution.

Being classically non-conformist creatives, Dostoyevsky and his friends had decided to try and read those books. But, unfortunately for them, Nicolas I caught and arrested them.

They faced the death penalty…

So, on a cold day in Saint Petersburg, Dostoyevsky and his friends were blindfolded and lined up in front of a firing squad.

A few moments ticked by.

The Commander motioned for his men to take aim.

Dostoyevsky and co winced as they heard the soldiers preparing to fire.

Seconds before a plethora of triggers were pulled there came another sound…at first it sounded like heavy rain…but soon they realised that it was a horse & cart – approaching them at an electrifying pace.

Aboard the cart was a message from Nicolas I.

What was the message?

Simple. After some consideration Nicolas I had decided to imprison them rather than have them executed.

And, so they survived – and Dostoyevsky lived to write again.

But, this time he was armed with the knowledge of how those few hopeless moments before death felt. A perspective that few others had, and one that he could exploit in his writings.

As a writer, what perspectives do you have that no one else does?

Inspired by this great Quora article 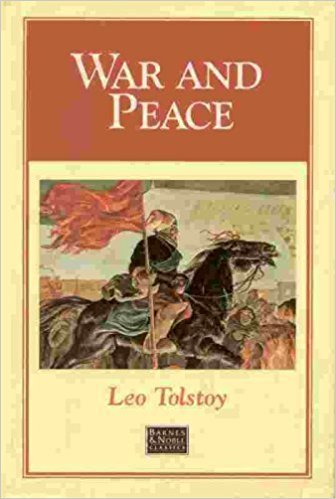 If you can read it that is. That’s a hell of a lot of pages.

Most people can’t and won’t find the time to read all that.

On the other hand, Ernest Hemingway is known for writing one of the shortest stories of all time.

It has impact doesn’t it? It makes you think and leaves you with many questions.

So, when it comes to your own writing, it’s a worthy reminder that you don’t need to write the next ‘War and Peace’ to connect with an audience and drive a point.

Not to say that longform content doesn’t always work…its just a case of understanding your reader.

“Every time Wallander stepped into someone’s home, he felt as though he were looking at the front cover of a book that he had just bought”

Over the last decade or so I’ve heard a lot about Scandinavian crime fiction, particularly with the success of ‘the Killing’ TV series and, of course, the multi-million success of Steig Larsson’s Millennium trilogy.

As ever, I arrived late on the scene and didn’t end up reading the Millennium books until earlier this year – some 12 or 13 years since they were released. I was blown away by them. I loved how they started out as such a simple crime story, only to turn into a high stakes series of thrillers. Once I’d completed them I set my sights on other Scandinavian genre luminaries. My first port of call was Camilla Läckberg’s ‘The Ice Princess’ – which was a little too ‘cosy’ for me.

And now, a couple of months later, I turn to another – Henning Mankell. ‘Faceless Killers’ is the first of his famous series of stories about Inspector Kurt Wallander. First off the bat, I have to warn you that it’s a very bleak tale. It’s set in a Swedish town where it’s always raining, and where social issues are hitting a boiling point.

“He took a sheet of paper out of a desk drawer. But what would he write? The day’s work had hardly involved more than collecting a large number of question marks.”

The action kicks off with the seemingly random murder of an elderly couple in their isolated farmhouse. Inspector Walland is called out and soon finds out that the case is far from simple.

But, it’s not just about the investigation – a lot of the novel also talks about Wallander’s personal life. Which, to say the least, isn’t great. I have to say – particularly during the start of the story – I really didn’t like him as a character. He openly admits to slapping his estranged wife and also seems to have real issues against women in positions of power.

There are a good army of supporting characters included – such as Wallander’s veteran colleague, Rydberg and Martinsson, a younger office on the team. There’s also Wallander’s estranged wife, Mona and an attorney who he falls for, Annette.

““He took a sheet of paper out of a desk drawer. But what would he write? The day’s work had hardly involved more than collecting a large number of question marks.”

(Sorry, I just had to repeat that quote. I jotted it down as I first read it and I think it sums up the story and the style so well.)

I really liked the character of Annette, but she was so underdeveloped that it felt like a waste. There’s a lot of build up to the fact that Wallander might have a chance with her, but then when something does happen it’s only acknowledged anecdotally – which was such an anti-climax.

The paragraph above goes to highlight a big problem I had with ‘Faceless Killers’ – half of it unfolds like a novel, and goes at a decent pace. But then, mishmashed in-between the fast-moving chapters, are other parts that seem to be almost like a diary.

There’s only so many times I can hear about how eating too fast gave Wallander diarrhoea before I’m thinking to myself – is this really benefiting the story? Okay, I get it – he’s a bit of a loser – there’s no need to keep reinforcing the point.

I’m sure many readers will no doubt empathise with some aspects of Wallander. Like all of us, he’s not perfect. He’s no Sherlock Holmes, definitely isn’t Shaft and can’t even hold a candle to Inspector Morse. Instead of having deductive super-powers, he gets to the end of his cases through dogged hard-work. Nothing more, nothing less.

(the Wallander series has been translated into many languages across the world. It’s also been the subject of several TV series – image source: Amazon)

The front cover of the book markets it as a thriller, but the pace drags to the point where I can only recall two genuine ‘thrilling’ scenes. One where Wallander is spying on some suspects, and another where he has a scrap with one of them. Both are well-written.

“Somewhere in the dark a vast meaninglessness was beckoning to him. A grinning face that laughed scornfully at all his vain attempts to manage his life.”

Perhaps I’m a product of my generation, where stories tend to rattle on at a frantic pace – but, I prefer thrillers (like Steig Larsson’s) that suck you in and bring you right into the action. Even though some of the plot involves some quite ‘high stakes’ threats I only ever felt like I was a far removed observer and the constantly sidelining subplots such as Wallander’s failed marriage and his sick dad kept taking me away from the action.

It’s for this reason that I give ‘the Faceless Killers’ a 3/5. For the right reader I’m sure this would be good to read by the fire on a cold, dark night – but if I’m to read a mystery thriller I need it to be more compelling.

Mankell also addresses lot of issues in Swedish culture that I was only semi-familiar with – perhaps if I were a Swedish native I might have gotten more out of the points raised, although the book is about 26 years old now.

The opening chapters (even though they were meant to describe a nasty crime) somewhat bored me, the middle was entertaining enough for me to keep reading – but, if it wasn’t for the last 50 pages where things do pick up, I’d have probably given this a 2 star.

Having said all that, I read it in about twenty-four hours…take what you will from that.

“Hemingway hated me. I sold 200 million books, and he didn’t. Of course most of mine sold for 25 cents, but still… you look at all this stuff with a grain ” – Mickey Spillane, author of lots of pulp detective stories.