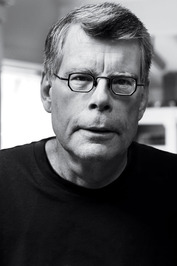 So, a lot of my regular readers have said that they want a bit more insight into my day-to-day and why I’m not writing, as well as the usual creativity quotes and inspo.

That’s good – I pride myself on being able to deliver an anecdote, so here we go.

I haven’t written as much over the last few days as I’ve been engrossed in a book. Which is nothing new for me – these days it’s mostly non-fiction, but this one was actually fiction. I’ve bought into the hype of the new “It” film that’s coming out soon, and after I mentioned my excitement to her, my girlfriend was kind enough to buy me this copy:

It takes me back. As a teenager the first real adult fiction books I got into were written by my main man, Stephen King. It made me love the ‘supernatural’ genre. As a creator, and as someone who likes to write fiction, I just love stories that bend reality and take the reader somewhere else. A place where things get eerie and where the usual, ironclad linear quality of life is bent way out of proportion.

So, here I am again – losing myself in one of King’s worlds. Back in the day my obsession started with the Dark Half, then Salems Lot – closely followed by The Stand, Firestarter, Insomnia, Rose Madder, Four Past Midnight and ultimately ending in King’s brilliant non-fiction work ‘On Writing’.

Shocked and entertained in equal measures, those stories were an elixir for my imagination – night after night I’d sit in my teenage bedroom. Tapping away at my keyboard until the dark, quiet hours of the night. Lost in a world of spooky stories and weird encounters – all inspired by Stevey King (and, after a while, James Herbert).

Anyway, back to the case in point.

So, it was the morning after I started “It” and the sun was shining down on another day full of possibilities. My girlfriend and I work at the same place – and as we walked in I ran-over the plot of ‘It’ to her. Taking time to mention ‘Pennywise’ – who, for those of you not in the know, is a villainous clown in the story.

My explanation soon ended, and as is the way of conversation, things drifted to another topic and then to another topic. Until our talk of ‘It’ was far, far away – drifting somewhere in the never-ending labyrinth of the past.

Thus the day ticked away. Some seven hours later we found ourselves walking back – the conversation about my current book far from our minds.

That was until I saw it.

At first I thought it was my imagination, but then we both saw it. At exactly the spot on the road where we’d been having a chat about clowns one had appeared. You can see it in the picture below.

Weird, ey? I’m sure it’s just a coincidence, but it wasn’t there before and had gone by the next day! 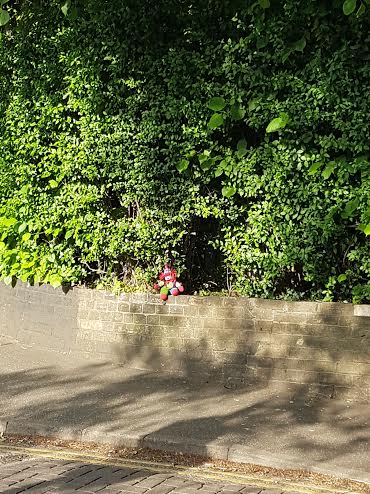