I washed my hair this morning… (don’t worry this is going somewhere, this isn’t the pinnacle of oversharing on WordPress)

… I lathered, rinsed and repeated. Which is what we all do, right?

But the word ‘repeat’ was actually just added to the back of a bottle by an advertising executive, so that we’d all get through shampoo quicker.

Yet still, no matter how aware I am of this, I do it every time. Because it just feels right, and it’s been ingrained in my head since I was a nipper.

That one word ‘repeat’ massively increased shampoo sales, and still continues to.

The power of words in advertising, ladies & gents.

One of the best copywriting quotes I’ve ever heard comes from Winnie the Pooh:

“It is more fun to talk with someone who doesn’t use long, difficult words but rather short, easy words like “what about lunch?”

I think that’s also true for a lot of marketing content.

P.S Eeyore was always my favourite character in the stories, here’s a quote from him that still cracks me up to this day:

“Oh, Eeyore, you are wet!” said Piglet, feeling him.
Eeyore shook himself, and asked somebody to explain to Piglet what happened when you had been inside a river for quite a long time.”

Unless you’ve been living under a rock on the farthest corner of Venus, you’ve probably heard about GDPR.

And, like me, your inbox has no doubt been flooded by companies you’ve forgotten about – asking you to remember them and let them into your life.

It’s perhaps the one time that everyone in marketing is sending the same email!

What it does provide though, is a good chance to see just how creative your favourite brands can be when tackling the same thing.

I know there are some subject lines I’ve seen that have stuck out in the battlefield of my inbox!

If we can apply creativity here, we can well and truly apply it anywhere… 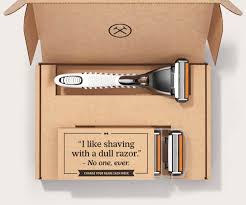 Check out this video, from the Dollar Shave Club – within 3 months it got 4.75 million views and it also managed to get 12,000 people to sign up within 48 hours! 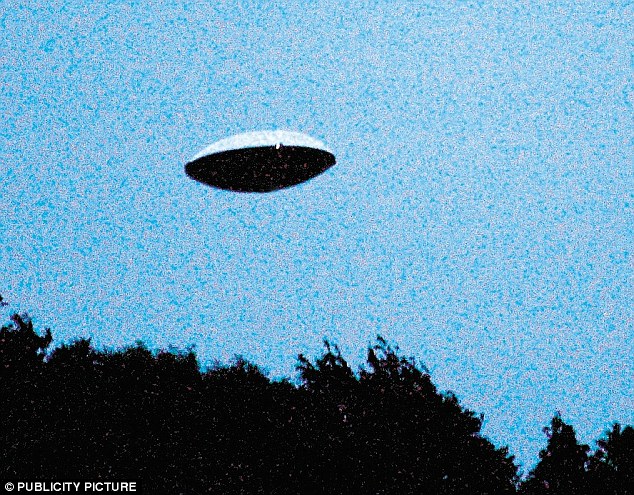 After a busy day of work I arrived at my nearest tube station. As I walked towards the escalator I was hit by the following:

And then, a few seconds later I saw:

Then next it was:

Thoughts danced around my head as to what it could be.

Was this some kind of media campaign?

Or, perhaps some conspiracy theorist had raised enough cash to buy tube adverts?

Whatever it was, these ads were so compelling because they felt like they could be real.

In fact, they feel like they are going to be real soon, if not already.

I noticed a lot of my fellow travellers were paying attention too.

Eventually I reached the escalator and saw that they were part of a campaign for the TV series ‘Black Mirror’.

Which, of course, makes complete sense in hindsight.

Yesterday I spoke about injecting a bit of humour into the drier parts of business.

But one part of business that can easily be fun and witty is advertising.

I often see this advert on my walk home and every time it’s caught my attention…not just because it’s huge: 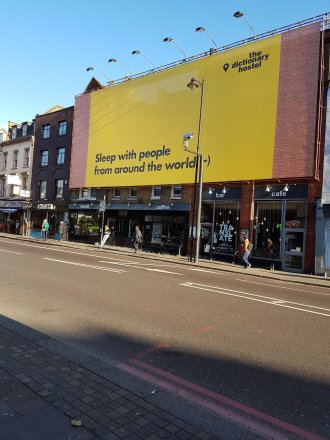 (excuse my terrible photography, the post with the camera is covering a wink emoji)

I’m not keen on re-marketing things.

I’m not one for revamps.

The new Mad Max movie sucked in my opinion, and told me just how right I was to keep away from it.

But today I picked up my copy of “Ogilvy on Advertising in the Digital Age”.

It’s a revamp of one of my favourite books.

I’m not 100% sure how I feel about it…but as the first book was such a classic, I have high hopes. 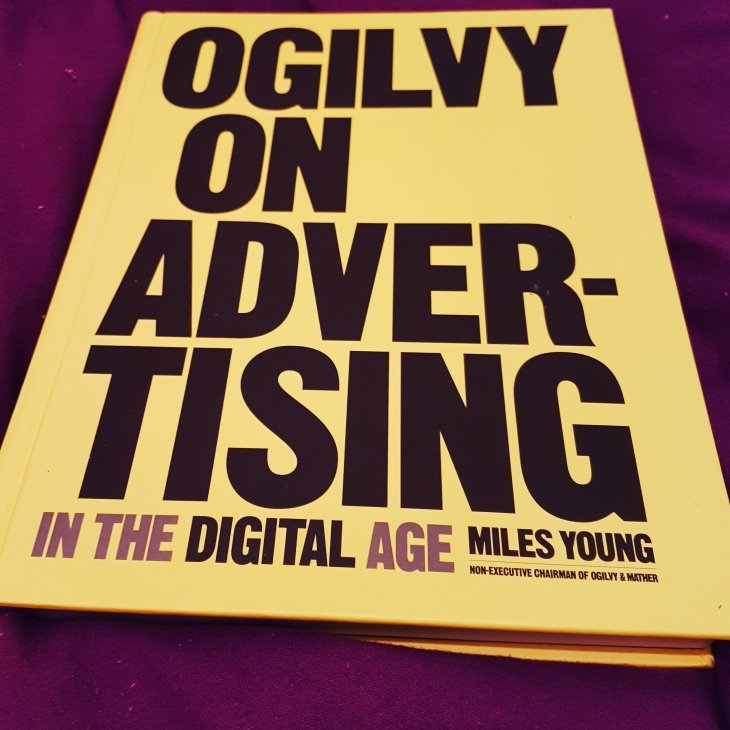 “We’re all creative, It’s just some of us earn our living by being so” – Sir John Hegarty 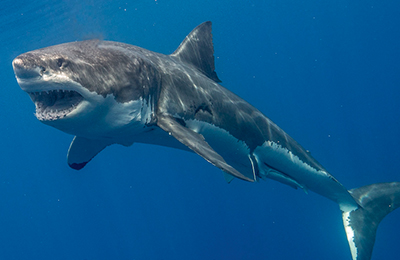 When it comes to advertising a product or a service – one of the key things that companies target is a customer’s social standing.

Humans, by and large, want to be liked.

We want to look good. Take for example personalised number-plates, there’s a huge market for them – and, contrary to popular belief, one of the reasons why they’re so popular is because they disguise the age of the car…at least to the untrained eye.

Fancy that, ey? It’s not just to have your nickname on the front/rear of your car. It’s so the Joneses next door don’t realise that your car is actually ten years old.

But going back to those on the wrong side of the law, one of the best anecdotes on using social pressure to get what you want concerns a debt collector.

As you can imagine – the life of a loan shark can be pretty tough at times. Common sense is a gift not divided equally, and those who borrow money tend to not want to pay it back.

So the first thing this debt collector would do – he’d find out the address of his payment dodger’s mother or close family member. And he’d send them a postcard. Addressed to the payment dodger but going to the family address.

And, as postcards aren’t in envelopes, the family member would have to have the willpower of a Spartan not to read the back of the postcard.

Then they’d get in touch with the person that the card was meant for. Exerting social pressure.

Because no one wants to look bad in front of the family, right? 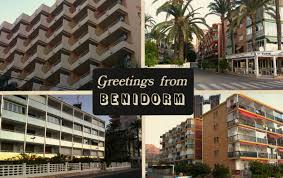 If this method didn’t work (or if he couldn’t find a relevant family member) – the loan shark would send another postcard.

So, as you can imagine, the Smiths next door would read the postcard and find out that their neighbour owed money to the wrong people.

Presumably they’d then deliver the card to the addressee…and he or she would be served a massive dose of social embarrassment.

Manipulating the natural human instinct to care what others think can get you want you want.

It’s the same with getting models to wear clothes and showing lots of happy, cool people using an electronic gadget.

If we think it’ll make us look or feel a certain way, we’re likely to be more interested in it.

(I believe I first read about this anecdote in ‘How to write sales letters that sell’ by the enigmatic Drayton Bird – one of the greatest living copywriters, who I was luckily enough to meet at his seminar a few years back) 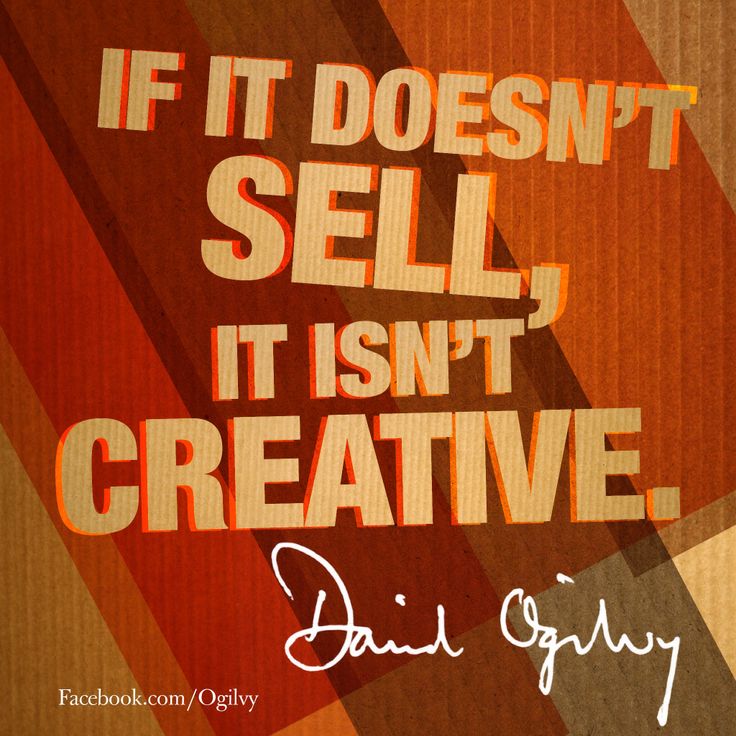 Known as ‘the father of advertising’ Ogilvy worked for advertising agencies in both London and New York – he was equally successful in both countries.

During the second world war he even helped the British Intelligence Service with their communication strategies. Which is one of the things that I find most fascinating.

Who knew that national security and marketing could mix together when a country is in peril?

One of the other things that fascinates me about Ogilvy is his early life. His first real adult job was as a door to door salesman.

Can you imagine the advertising executives of today doing that? Not a desirable role at all, and one that many couldn’t do.

(My copy of Ogilvy on Advertising – a fantastic & engaging read)

But, yeah – Ogilvy learnt how to sell by going door-to-door. He learnt about real people. What they liked, what they responded to and what worked when it came to closing the deal.

And, for those of us who want to use our creativity to sell things, it’s an important lesson to learn.

As creatives and arty types we won’t always have as much in common with the average joe.

Something that catches our interest might not bother Jim next-door. And vice-versa.

When he was young Ogilvy sold cookers. He was phenomenally successful at it. In fact he was so successful that the first book he ever published was a manual on selling cookers.

I found it online and I’ll include a link to it below – it’s a fascinating read. Although, unfortunately, in terms of the language used, it’s a bit of a product of its time.

“The good salesman combines the tenacity of a
bulldog with the manners of a spaniel. If you have
any charm, ooze it.” – David Ogilvy

“The Theory and Practice of Selling the AGA cooker”